My Path to Enlightenment is Not Through This

Well folks we've got a treat for you. Instead of reviewing a restaurant I’m going to review a "drinkable" "drink" (I use this term loosely) so lets start shall we?

I had just gotten out of school and needed something refreshing; something on the sour side, but not too sour. Something that would wake me up and revive me, but wouldn’t give me a complete caffeine rush. As I browsed the very "interesting" drink selection at Sahara mart, I came across a drink called Braggs Organic Limeade, not knowing that it had one little secret: It was a fluctuation of disgusting sourness and offensive nauseating flavors.

Now limeade is basically lemonade with limes ya see (it doesn't take a genius to figure that out) and most limeades are very sour, but you don't feel like you have been violated when you drink it.  If I had read the label more closely, I would have seen that it was actually called Braggs Organic Apple Cider Vinegar All Natural Limeade Drink, or what I would like to call Blasphemy In A Glass. I shudder at the possibility of ever taking a sip of this agian. Imagine a glass of vinegar with a lime squirted in it, and then a few bitter stevia leaves mixed in. I'm not saying that Braggs is a bad company (I really enjoy Braggs Aminos in place of soy sauce on my food), but they went waaaaaay to far with this idea.

The label boasts that it is a healthy energy drink, delicious, refreshing thirst quencher and it is an "ideal pick me up for sports, home, work and gym”. Maybe an ideal pick me up for someone who likes the smell of your brother's dirty gym locker and his smelly socks!
Zero calories but zero % drinkability.

As I drink I will give it one doughnut as a drink, as it is undrinkable, but it might work well as a vinaigrette salad dressing or as a marinade.
Posted by Unknown at 7:29 PM 4 comments:

The Owelry is a unique, locally owned Bloomington restaurant that serves vegan and vegetarian food. It is also one of the few restaurants my mom will eat at. I eat there a lot, and the dish that I usually get is the “chicken” sandwich. This “chicken” sandwich is more of a burger than a sandwich, because the way it is put together is more like a burger. It comes with lettuce, tomato, onion the a choice of sauce including BBQ sauce, ranch, buffalo sauce and honey mustard. I usually get the ranch or BBQ. The sandwiches come with a choice of french fries, sweet potato fries, cole slaw, or a side salad. The sweet potato fries are amazing. I give the chicken sandwich 4 doughnuts, because I am a natural sucker for burgers, and this is the closest thing I can find to a vegetarian burger in Bloomington. It is the perfect burger for anyone vegan wanting balanced flavors and a nice crunch.

Today I ordered the pierogi to have something different. A pierogi is a European potato filled dumpling. The pierogi served at The Owlery are fried, and you have a choice of three of the following toppings: sour cream, onions, tomatoes, sour cream (vegan or dairy) sauerkraut or applesauce. I give it a three doughnuts for one reason. The reason is that they did not seem very satisfying. This is a good thing and a bad thing, as you might still be hungry after eating it, but you will still have room for dessert.

My dessert was a VEGAN vanilla cupcake with a blueberry and lemon frosting that I shared with my sister. The cake itself was very moist, sweet and delicious. The frosting was pleasantly fruity, with an essence of lemon and the blueberry was scrum-didally-umpshis. I give the cupcake a five out of five, because I could eat these cupcakes for all of eternity (well, almost all of eternity).


This is the place to go if you want to have vegan options, while breaking the vegan stereotype that vegan food is not appetizing. The other good thing is that the people who work there are all very nice people. My advice for navigating the menu is that if you find a dish you like, stick with it. You can always try one of your friend’s dishes before you commit to ordering it.

Hello there my loyal fans. Sorry for the inconvenience of not uploading often. The holidays have been hectic and I simply have had no time to upload. I have decided that I will upload weekly generally on saturday or sunday.
Today we ate at my favorite Thai restaurant in Bloomington.  The restaurant is called Delicious Thai Kitchen.  It is known for its spicy, traditional Thai curries.   I ordered the Pad Thai, since I usually order the red curry and I wanted to try something different,.  I also ordered the chicken satay as an appetizer.  Lets get on the the review, shall we?

The satay was essentially a chicken kabob, minus all the vegetables.  The order came with four skewers of meat, a peanut sauce and a garnish of juicy cucumbers, onions and bits of red pepper with sesame oil and a piece of bread.  The peanut sauce was mildly spicy and sweet, and went well with the satay. In fact, the sauce was so good that we dipped the bread in it, so as not to waste a single bit.  I’m going to give it four doughnuts. Astonishingly simple, yet delicious.  It would be a good appetizer if you were having a small party.


The Pad Thai is a traditional stir fried rice noodle dish with eggs, chives, bean sprouts, shredded cabbage, carrots, peanuts, lime and pad thai sauce.  I ordered mine with chicken, but other options include tofu, beef, pork or shrimp.


The Delicious Thai Kitchen’s Pad Thai is a compilation of yummy things.  I mixed everything up, except for the lime, after I mixed it, it looked more like a bunch of brown and grey noodles and peanuts.  Though its appearance might not seem appetizing, is was, indeed, yummy. There was a unique, yet uniform taste and even flavors in each forkful.  I ordered a two out of five for spiciness and it tasted sweet.  I recommend ordering a four out of five spiciness to cut down on the sweetness of the dish. I give the pad thai three out of five doughnuts. If the dish was a bit spicier (say medium spicy or spicy), that might elevate the dish up to a four doughnut rating.


Delicious thai kitchen, like I said, is known for its curries, however, be warned that their curries are more spicy than you might be used to getting in American restaurants, The server told us this is because they use less coconut milk in their dishes.  Even the one out of five spicy red curry is pretty spicy.  My parents ordered the green curry with tofu and the red curry with tofu, both medium hot. Both curries come with bamboo shoots, red pepper, green pepper, carrots, basal leaf and white rice.  I tried both of the curries, knowing that  they are spicy, because I have had the red curry many times.  I give the red curry a five out of five rating, and the green curry three starts.  The flavor of  curry you like (red, yellow or green) is a matter of personal preference, but if you like curry, this is the place to go.

Posted by Unknown at 1:52 PM No comments:

Today I will be 13 years old. Since my parents are too cheap to take me to Talent for my birthday, I ate at a local restaurant called Asuka/Noodle Town. They are two restaurants in the same building.

I had some sushi at Noodletown and, since it is my birthday, I orderd a couple of the special rolls. A roll a noodle town is 6 pieces of sushi. I ordered a Godzilla Roll, a Winter Roll and a “Hot Night” Roll. The Godzilla Roll had a tempura-seaweed outside with a rice-fish interior and was topped with a orange creamy sauce and very small roe. Roe is unfertilized fish eggs.  The fish in the sushi roll was a bit chunky as it was cut thick. In sushi, mouth feel is very important. The outside was deliciously crunchy, but the fish was too big, so the mouth feel was very less than desired. Also, the sauce was very rich and the roe was unnecessary.  In short, the Godzilla roll was not for me, but if you like big, rich, “manly” food this is for you.

The next roll I tried was the Winter Roll. It had a seaweed outside with cucumber, tuna, and rice inside. The mouth feel was pleasantly mushy, yet it had some cucumber that made it a bit crunchy. In short, this roll was good, but a bit mushy.

Finally, the Hot Night Roll the best of these three. The outside was a seaweed tempura and the inside was a harmonious combination of asparagus, tuna tempura, rice and cucumber.  This was my favorite.

Your might have heard the story of Goldilocks and the three bears. This is the story of Mars and the three sushi rolls. One was too rich, one was to mushy, and one was just right. If you like a sushi roll that is very crunchy and balanced just right, the Hot Night Roll may be the roll for you.
I hope you liked it and thanks to my mom my sister and me (of course) 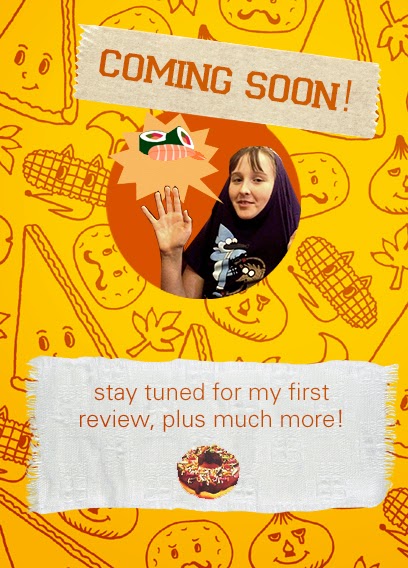 Mars is a 13 year old moody foodie from Bloomington, IN. He aspires to be a chef and a photographer, so this blog is a way to explore his interests. All content besides design is created by Mars.

He always...
-Keeps an open mind
-Knows a good restaurant
-Has a sophisticated palette
-Feels adventurous about food
-From Budapest to California,
the kid loves food!

"I'm just here for the food"